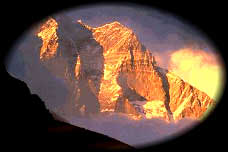 In September 2002, Centre for Change presented a proposal to the World Summit on Sustainable Development in Johannesberg.

The proposal, titled The Transition to A Sustainable Civilisation will continue to be presented to governments around the world and is available at this link page: WSSD Proposal Final. A synopsis of the document can be found below.

We encourage you to become a signatory of this important document.

We also encourage you to pass this document onto your friends and other contacts so that they too can endorse the proposal.

We have a very important proposal and message to give to the World. Humankind has reached a state of development in which old modes of thinking and behaving threaten to destroy human civilisation. Our proposal makes a diagnosis and looks at the causes before defining possible solutions which involves the creation of a new paradigm integrating spirituality and science.

Our main aim is to gain the support of the United Nations and the governments of the World that we may implement the solutions defined in our proposal.

At the beginning of the 21st century the world now finds itself teetering on the brink of what some would call holy war or a clash of civilizations divided along spiritual lines. Of course, international politics and policies of economic globalization make everything much more complicated than that, but the fundamental human predisposition for conflict and separation remains firmly established.

That is why a spirituality of oneness would be such an extraordinary leap forward in human thinking.

The big difference between our age and any previous times when new spiritual ideas surfaced, is that we are now experiencing a symbiotic effect of spirituality with ecology and technology. Most people who give serious thought to our existential predicament know that we face a big turn around in how we live together on the planet. That big turning will not be inspired by spirituality alone, but by its integration with ecology and technology-comprising three pillars of transformation.

The new spirituality will be informed by as well as inform new technology, both being mediated by a deeper appreciation of ecology. All three forces acting together have the potential to produce a transformation of life on the planet greater than any so far recorded in human history and coming faster than anything humanity has previously experienced.

In the midst of this turbulence all of us are being challenged to take our place in the scheme of things. Are we supporting the change or holding onto the old? It is a time of enormous creative tension. Can you help resolve the tension in the direction of a vision of hope?

We, representatives of non governmental, national and international organisations and men and women of goodwill devoted to peace and the prevention of global ecological catastrophe appeal to the distinguished participants of the Johannesburg Summit and the rest of humankind with the following declaration and concerns.

During the last few decades, a radical change has occurred in how we perceive ourselves as human beings and the reality we create around us. In simple terms we have over the past century, translated ourselves from connectedness with the environment to one of separation and alienation.

Our proposal aims to diagnose and understand what we have become and suggest possible solutions.

Our world faces a global threat - the danger of ecological catastrophe, which threatens equally every human being, every nation and every social group. The contradictory interests of a multitude of cultures and nations often camouflage and confuse the problems we are facing, because the information is not available through the mass-media.

David Suzuki has said that we are a species out of biological control. We no longer have the biological constraints that keep us in balance with nature. We are a world at war, not only with the environment, but also with ourselves. The costs of military armaments are mushrooming. In the developed world there is an epidemic of degenerative disease and obesity as well as psychosocial problems including depression and drug addiction. In the developing world there is also severe malnutrition and an epidemic of AIDS. The Global ecological threat is apparent in numerous known and unknown phenomena to the extent that we are on an extinction curve, more pronounced than at any time since the extinction of the dinosaurs 65 million years ago. The world has been converted in an instant of time from a wild natural state to one in which human beings one of an estimated 10 million species of organisms are consuming, wasting, or diverting an estimated 45% of the total net biological productivity on land, and using more than half of the renewable fresh water. In a matter of a hundred years, we have altered substantially the characteristics of the land, the freshwaters of the Earth, and the seas. We are driving a major proportion of the species which are fundamental for our continued existence, to extinction.

Humankind has reached a state of development in which old modes of thinking
and behaving, threaten to destroy civilisation. The most underused and
misused resource on the planet is the human mind. Although we may have
finite natural, ecological resources, we have one infinite resource, which is the human mind and spirit. This may be the only resource which will save our planet.

We believe that the new ways of thinking, being and acting, based on the new systems or process theories of inter-relatedness and consciousness need to be proclaimed in academia and within all institutions and countries of the world in order that we may have a chance to reverse the onward march to destruction that humanity seems to be undergoing.

The process we wish to cultivate is based on activating human potential as well as devising new sciences which emphasise the role of human consciousness in all activity. Our beliefs and the way we construct reality has a tremendous influence on how we create the biosphere and our global civilisation.

What is needed, we believe, is a new science that can integrate the mind and its abilities with the whole phenomenon of human productiveness, technology and the environment. This means that we have integration instead of fragmentation into the various subjects that are taught in universities, which are differentiated and separated into various disciplines. This means that we produce graduates versed in the whole phenomenon of life.

This is possible because science already has come to a new level of understanding of the new paradigm. This paradigm should become the basis for new education systems, new information policies, and a means to building relationships between people, nations, social groups etc.

The new vision of reality requires us to review our origins, the nature of evolution and the basic cause behind the need of healing for the individual, society and the global civilisation We have to reevaluate ourselves and our mode of development as the prime cause of the problems we are facing and realise that we are embarking on a journey to promote the renaissance of consciousness, conscience and ethics, which sees the dignity of the human psyche as paramount.

New forms of communication are needed, involving the media, which will help to educate people by enabling them to realise the depth and power of the human spirit and the ability of people to heal themselves and to create peace.

Our aim is to promote a dialogue to impact human consciousness on a deep and profound level.

To ask the UN (including the UNEP, UNESCO, UNCSD and other bodies:
· To develop and put into practice new educational programs for different national, social and age groups based on the new scientific and intellectual paradigm. Such an educational program would integrate healing issues with a holistic educational approach emphasising the importance of lifestyle, nutrition, relaxation, nutritional supplementation, meditation and exercise for the prevention of the major scourges of illness and deprivation in our global community. This activity would be facilitated by outstanding world leaders and key humanist individuals.
· To elaborate and enhance the conception of eco-settlements understanding the profound connection between dwellings and the environment in which they exist and to provide support to eco-settlements from international, governmental and non governmental entities.
To call all the World's scientists to take part in developing the intellectual basis for forming a sustainable civilisation, and for this purpose:
· To establish international and domestic scientific co-operation.
· To shift the focus of scientific research to sustainable related issues including the creation of renewable energy, the substitution of non-renewable natural resources by renewable ones,the development of environmentally clean technologies and transport, the utilization of the consumer wastes, as well as other fundamental and applied technologies and disciplines.
To call all people of goodwill as well as organisations sharing the principles of the new intellectual paradigm to promote the importance of ethics, spiritual values and consciousness as the prerequisites of a sustainable civilisation:
To ask business and community groups to integrate the market to include ecologically sound production, primarily in food and medicine, placing emphasis on organic foods, sustainable agricultural practices and cellular and herbal medicines.
To call on the mass media as purveyors of the information which currently shape peoples consciousness, models of reality and dominant value systems through the imperative of economic agendas to bring to humanity a clear integrative unbiased network of information which covers the positive and uplifting aspects of human experience.

To ask governments to support our concerns and ideas and to establish appropriate state institutes, to initiate programmes aimed at focusing on scientific activities as a matter of urgency on:
· New ways of thinking about our place on Earth and the ways in which we relate to the functioning of natural systems if we are to find a better way to live in harmony with nature.
· Formulating new ways in industry and agriculture, making a possible a sustainable world.
· Reforming educational systems based on the new paradigm.

To reflect the above proposals in the findings and/or decisions of the WSSD.

We feel that if these major principles and directions are instigated we may be able to prevent the global catastrophe to which we are currently headed.

If you have any further queries, please contact us.